Zac Efron has revealed that he observes other young actors to learn from their mistakes and hopes to have a career like Leonardo Dicaprio. 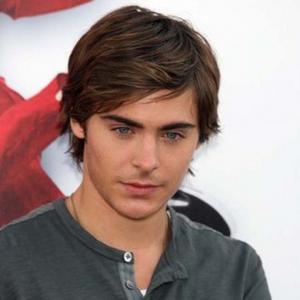 Zac Efron learns from the mistakes of his peers.

The 22-year-old actor - who is in a relationship with his 'High School Musical' co-star Vanessa Hudgens - wants to be known for his work rather than his personal life, so likes to observe how other young stars are perceived and change his behaviour accordingly.

He said: "Every time something does happen - and I notice when those things happen - people go through those things and experience that kind of stuff.

The 'Charlie St. Cloud' actor admits his cinematic idol is Leonardo Dicaprio and he dreams of emulating the success of the former child star.

He explained: "He's super talented and grounded and focused and that's everything I want to be in the future.

"He's experienced the good times, the bad times, the scary times and the amazing times and [he's] still escalating. It gives me some hope. it inspires me to keep going."