Zac Efron's Girlfriend Sami Miro Has Shut Down Rumours Suggesting The Hollywood Hunk Has Suffered A Relapse In His Sobriety Battle, Insisting He Is "Very, Very Healthy". 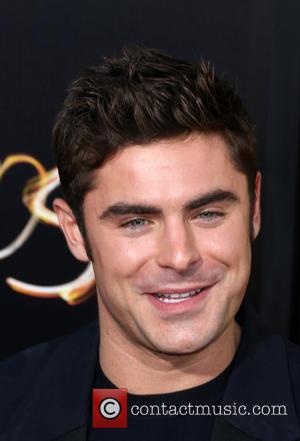 The former High School Musical star hit headlines in 2013 when he underwent two stints in a rehabilitation centre to help him tackle personal problems, and last year (14), he revealed cocaine and alcohol had led to his demise.

Rumours recently surfaced alleging Efron, whose latest film We Are Your Friends became one of America's biggest box office flops last month (Aug15), was falling back into his hard partying ways, but model Miro has dismissed the unfounded claims.

She tells the New York Daily News, "That's definitely not the case at all. He's very, very healthy. He works out, eats amazingly, is super on point; staying sober."

Efron recently revisited his troubled past during an appearance on U.S. TV show Running Wild, revealing to adventurer Bear Grylls he has since realised his problems had nothing to do with his heavy workload, and were simply caused by his hectic social life.

He said, "It was getting to the point where I was caring less for the work and waiting more for the weekend, where I couldn't wait to go out and sort of let loose and have fun. But when Monday and Tuesday were difficult to get through, then I was like, 'Ah, this is bad.' The challenging part was never the work. That was never it. It was the sort of in-between work."