Zac Efron has hired a sober coach in a bid to help him stay on the straight and narrow follow his two stints in rehab last year for cocaine and alcohol addiction. 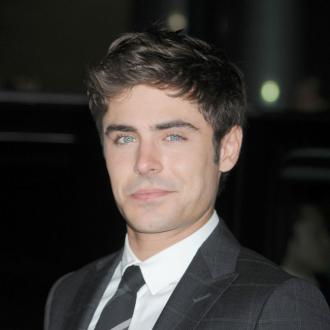 The 26-year-old actor, who sought treatment in rehab twice last year for cocaine and alcohol addiction, is reportedly working with an expert to help him stay on track.

A source said: ''Zac's committed to his sobriety. It's an ongoing process.''

It was recently reported Zac's 'Hairspray' director Adam Shankman wanted to become the star's life coach and was trying to encourage him to follow the same treatment programme he checked into late last year.

However, last month, Zac - who broke his jaw after falling over at home in November - and his bodyguard were involved in a fight with a group of transients in downtown Los Angeles.

And sources say Zac's friend - who has requested to remain anonymous - isn't a bodyguard at all, but a convicted drug dealer who has been hanging around the star a lot recently.

This has sparked concerns among Zac's friends as they are worried he may still be struggling despite his determination to seek more help.

Another insider told Us Weekly magazine: ''People in his circle are concerned. He still needs help.''