Zac Efron is reportedly in talks to star alongside DWAYNE 'THE ROCK' JOHNSON in 'Baywatch'. 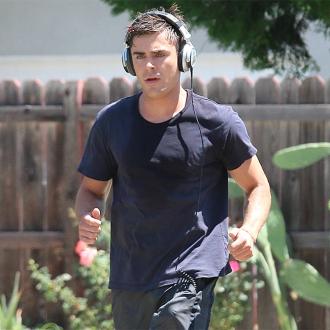 Zac Efron is reportedly in negotiations to star in 'Baywatch' alongside DWAYNE 'THE ROCK' JOHNSON.

The '17 again' actor has been eyed up for the movie adaptation of the 1990s television series, which starred David Hasselhoff and Pamela Anderson.

While there is no concrete plans in place 'Horrible Bosses' filmmaker Seth Gordon has been confirmed to taken on directing duties and 'San Andreas' star Dwayne will produce the flick alongside his partner Dany Garcia under their joint venture Seven Bucks Productions with Beau Flynn will produce with Montecito Pictures who worked with Dwayne on the disaster movie, according to The Hollywood Reporter.

The movie about Californian lifeguards is expected to enter production stages in the first few months of 2016 and the latest script was written by Damian Shannon & Mark Swift.

The story will see Dwayne take on the hero once again, as he plays on the role of the lifeguard and he has no choice but to work with a young lifeguard played by Zac Efron.

Along the similar lines of 'San Andreas' Dwayne and Zac's characters will work together to protect the Californian beach from environmental destruction caused by an oil tycoon.

The former 'High School Musical' actor has just finished the production stages of comedy 'Mike and Dave Need Wedding Dates', which also stars Anna Kendrick and Aubrey Plaza. Following starring alongside Robert De Nero on 'Dirty Grandpa'. At the end of August, Zac will also have completed work on 'Neighbors 2'. All of the films will be released in 2016, leaving plenty of time for 'Baywatch' which is expected to be released in 2017.