'High School Musical 4' Is Coming! But Where Are The Original Stars Now?

Check out what the original cast is up to as the new sequel is announced. 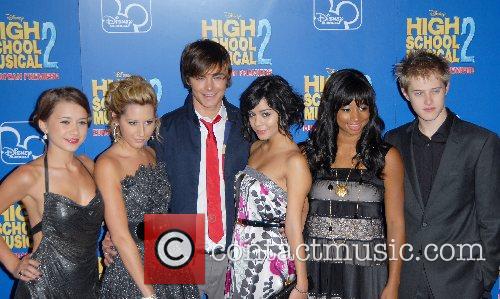 What are the old cast doing now?

Casting for the film was announced to have started taking place yesterday (March 1st 2016), with director Jeffrey Hornaday ('Teen Beach Movie', 'Shout') announced to replace Kenny Ortega at the helm and also choreograph the movie.

''High School Musical' is part of Disney Channel's DNA. It embodies all that we stand for', said Disney Channel's president Gary Marsh in a statement. 'As a way of continuing to embrace that heritage, we're excited to announce 'the start of something new' - as we launch a search for a new class of East High Wildcats to star in a fourth installment of the High School Musical franchise.'

So while we're yet to see what sort of cast 'HSM4' will bring us, we were treated to a special 10-year anniversary reunion featuring several members of the original cast back in January. But where are they now?

Zac Efron remains one of Hollywood's biggest heartthrobs and has since had more serious roles in romance dramas such as 'The Lucky One', thrillers like 2012's 'At Any Price', and he even got peed on by Nicole Kidman in 'The Paperboy' - he's certainly come a long way. More recently he's been getting into R-rated comedies, starring in 'The Awkward Moment', 'Neighbors' and 'Dirty Grandpa' but he's also set to appear in James Franco's 'The Disaster Artist' and is currently filming a big screen re-boot of 'Baywatch' alongside Dwayne Johnson and Alexandra Daddario.

Meanwhile, Vanessa Hudgens has also extended her horizons into the big screen. In 2011, she appeared in the modern day 'Beauty and the Beast' tale 'Beastly', followed by Zack Snyder's steam-punk fantasy adventure 'Sucker Punch'. She was also in crime drama 'Spring Breakers' with fellow Disney kid Selena Gomez and crime biopic 'The Frozen Ground' with Nicolas Cage. She was virtually unrecognisable as a homeless teen in 2013's 'Gimme Shelter', and truly shook off her Disney image with her 'Machete Kills' sex appeal. This year though, she returned to her musical roots in the television revival 'Grease Live!'.

Sticking to the small screen was Ashley Tisdale, who has been doing a lot of voice roles in animated shows likes 'Sabrina: Secrets of a Teenage Witch' and 'Phineas and Ferb', but also appeared in the barbershop comedy series 'Clipped' and even made a brief appearance in 'Sons of Anarchy'. She has, however, just completed work on the big screen comedy 'Amateur Night' and is currently filming the animated musical 'Charming' alongside Demi Lovato, Wilmer Valderrama, Sia and Avril Lavigne.

Monique Coleman followed her 'High School Musical' career with Lina Esco's controversial drama 'Free The Nipple', as well as making an appearance in 'Naomi and Ely's No Kiss List'. She also stars in sci-fi adventure series 'The Fourth Door' with Michael Antosy, the new comedy series 'Here We Go Again' and she's just finished work on the film 'We Are Family'.

Another one who's definitely grown out of his 'High School Musical' persona is Corbin Bleu, who has taken to doing independent horror movies including 'Scary or Die', 'Nurse 3D' and 'The Monkey's Paw'. He also currently stars in TV drama 'One Life to Live' with 'Days of Our Lives' star Melissa Archer. He also took his dancing talents to reality TV by becoming a finalist in 2013's 'Dancing with the Stars'.

Lucas Grabeel went on to appear in the Oscar winning Harvey Milk biopic 'Milk' and now stars in family drama 'Switched At Birth' with a recurring voice role in 'Family Guy'.