Efron To Star In Pirates Of The Caribbean 4?

Zac Efron Pirates Of The Caribbean 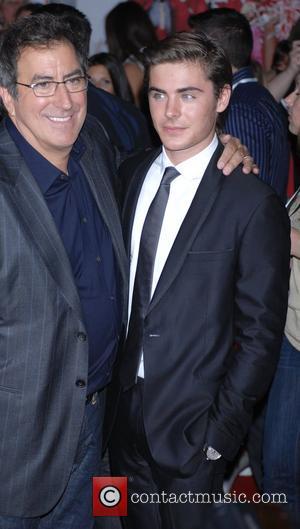 Heartthrob Zac Efron will pick up the biggest pay cheque of his career when he signs on to star in the fourth Pirates Of The Caribbean movie, according to reports.
Disney bosses want to groom Efron to eventually replace Johnny Depp as the star of the franchise, and they are offering him $10 million (GBP5.4 million) to star alongside Captain Jack Sparrow in the next installment of the blockbuster film series.
A source tells the National Enquirer, "Disney knew that Zac was reulctant to do any more High School Musical movies. He had already said there was 'no way' he'd return as Troy. So the Disney brass came up with an offer he couldn't refuse."
In-demand Efron has also been slated to take over from Harry Potter star Daniel Radcliffe on Broadway when the Brit's run in Equus comes to an end. The 21 year old hunk has denied those rumours.