Efron And Hudgens Team Up For Comedy Skit 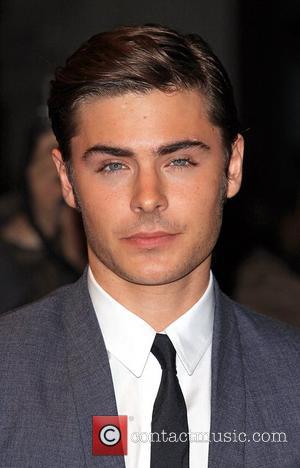 Disney lovebirds Zac Efron and Vanessa Hudgens are set to tickle fans in a new skit for Will Ferrell's comedy website FunnyOrDie.com.
The High School Musical stars, who are real life boyfriend and girlfriend, teamed up with Hairspray director Adam Shankman at the filmmaker's Hollywood home on Tuesday (31Mar09) to shoot the sketch.
Socialite Nicole Richie and actor Thomas Lennon also appear in the comedy short, with the Reno 911 star portraying Efron's Uncle Hank, who disrupts the hunk's A-list party, reports OK! magazine.
An on-set source tells the publication, "It was a quick shoot and everyone had a blast!"
The segment will soon be unveiled online, but Efron fans flocking to see his new film 17 Again will be treated to a special viewing. The skit will premiere in U.S. cinemas later this month (Apr09) prior to the movie's start.