Zac Efron is set to play a money laundering cocaine smuggler in a remake of Swedish thriller 'Snabba Cash'. 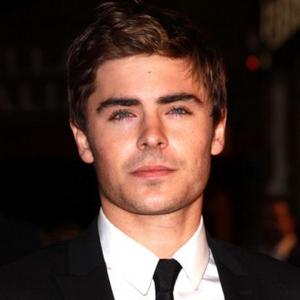 Zac Efron will play a scheming cocaine smuggler in a new thriller.

The actor - who rose to fame in the popular 'High School Musical' films - is set play a runner for a coke dealer in new movie 'Snabba Cash' - translated 'Easy Money' - an American remake of a Swedish film based on the 2006 novel by Jens Lapidus.

The project, which focuses on a group of friends who want to get rich quick by getting involved with drugs and organised crime, has recently been the subject of a Hollywood bidding war.

Warner Bros eventually bought the remake rights - for what is thought to be a six-figure sum - with the intention of casting Zac.

The studio is allowing the 22-year-old actor to produce the film with the new company he runs with his manager Jason Barrett, according to The Hollywood Reporter's Heat Vision Blog.

Swedish producer Fredrik Wikstrom will also work on the US version, with Michael Hjorth acting as executive producer.

The thriller is the latest example of the young actor breaking away from the teen roles which made him a star.

His recent back catalogue of work includes drama 'Me and Orson Welles' and comedy '17 Again'.

Zac's next movie is the Burr Steers-directed 'Charlie St. Cloud' with Kim Basinger and Amanda Crew, due for release in June 2010.