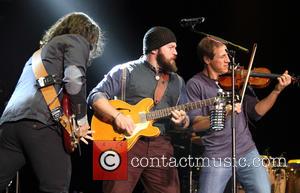 Country music group Zac Brown Band has joined the ranks of The Police and the Rolling Stones after selling out two concerts at Boston's historic baseball stadium Fenway Park in record time.

The Chicken Fried hitmakers are hitting the road for The Great American Road Trip Tour this summer (14), and they were due to play just one show at the Massachusetts venue on 27 June (14).

However, after eager fans purchased tickets in just minutes, they have added a second gig for the following night (28Jun14), which sold out in record time as well.

A statement on the band's official website reads: "With this incredible accomplishment, Zbb (Zac Brown Band) joins the ranks of Bruce Springsteen and the E Street Band, Jimmy Buffett & The Coral Reefer Band, the Police and the Rolling Stones - all of whom have notched two-night sellouts at the historic ballpark."