Actress Yvonne Strahovski (Chuck; Gone; The Canyon) talks about starring in action movie 'Killer Elite' alongside Jason Statham and Clive Owen. She talks about the spoof video she did with comedy website 'College Humor', called 'Three Popstars, One Song'. She also reveals her New Year celebrations and discusses kissing her co star Jason Statham, who she describes as a funny guy.

Yvonne can next be seen in upcoming comedy 'My Mother's Curse', alongside Seth Rogen and singer turned actress Barbra Streisand 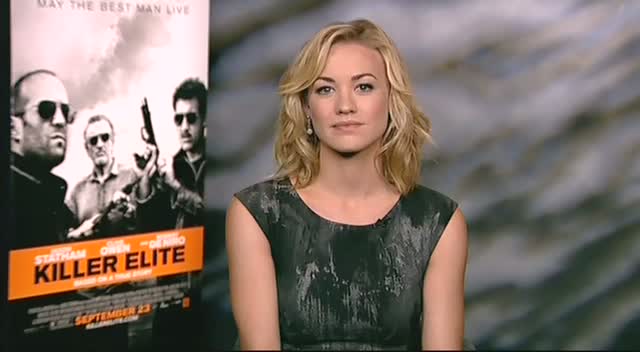