Rapper Yung Joc Has Been Slapped With A $80,000 (Gbp50,000) Lawsuit By Bosses At An Atlanta, Georgia Jewellery Company Over A Series Of Alleged Missed Payments. 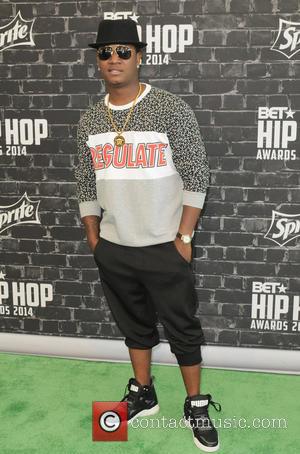 Picture: Yung Joc - A variety of celebrities were photographed at the 2014 BET Hip Hop Awards which was presented by Sprite in Atlanta, Georgia, United...

Young Joc isn't the only rapper currently facing legal heat over the alleged non-payment for jewellery items - DJ Khaled has launched a countersuit against bosses at a New York jewellery company suing him for $100,000 (GBP66,700) over unpaid bills.

Rafaello & Company bosses are demanding payment for two Rolex watches, a pair of diamond earrings, a four carat diamond ring, and a custom-made diamond chain, which were reportedly provided to him in 2012 after he filled out paperwork allowing him to try out the pieces for 15 days before buying.

They claim he failed to pay and kept the items.

But the 39 year old has fired back at the lawsuit with his own legal papers, alleging fraud.

He insists he did business with bosses at the company from 2008 to 2013 and was never provided with an invoice or receipt for items borrowed or purchased.