It's been five years since Yuck's eponymous debut album, which impressively harnessed a post-grunge sound that made that record feel like a legitimate 1990's relic, rather than a pale imitation. That the band from London haven't quite managed to capture the same magic formula since, is perhaps less of a surprise given that then frontman Daniel Blumberg left in 2013. Third album Stranger Things is an attempt to banish some of the ghosts associated with such a major shift so early in a musical career. While the band may feel these new songs present a strong statement that they've now found their niche, I'm a little less convinced as it falls between two stalls.

It all starts positively enough, 'Hold Me Closer' and 'Cannonball' showcase a return to the sound of the first album. It's all fuzzy guitars and catchy hooks, it feels effortless and fun. That these two songs were put out as singles prior to Stranger Things' release isn't a shock then, but they do misrepresent the rest of the material here. The opening six and a half minutes of the album are visceral and pack a punch, but a sudden shift in gear finds Yuck embracing the quieter more sullen shoegaze sound of their second record. 'Like A Moth' sounds eerily reminiscent of Beach House's recent work, however it's an inferior take on that dream-pop sound. Stranger Things then veers haphazardly between these two extremes and doesn't really ever settle on something in-between that Yuck could claim as their own.

By Natalie Kaye in Music Reviews on 23 February 2011

Cute name, isn't it? Well be prepared to feel the opposite of its sentiment. Born out of the ashes of Cajun Dance Party, and looking like they possess the physical prowess of a puppy you just kicked, they are hard to dismiss at first glance. For the people who are old enough to remember the 1990s Yuck's eponymous debut will serve as a nostalgic hour spent reminiscing. For someone who happens across this for the first time it will probably be nothing short of a revelation. I make this distinction here because this will probably be the deciding factor in whether you think it's simply a good album, or a great one. 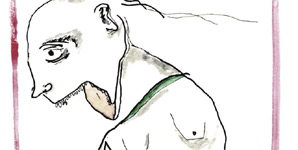 By Jordan Dowling in Music Reviews on 14 October 2010

It would be easy to feel a little apprehensive when seeing Yuck advertised as headlining Nottingham Stealth on an early Saturday night line-up (strict finish before ten so everyone can pretend to like 4/4 dance music whilst still sober). The venue is notorious for having the worst sound and layout of any of the mid-sized venues in the city, with The Red Room upstairs being far more suitable to such a gig, and such events there aren't exactly known for being well attended. 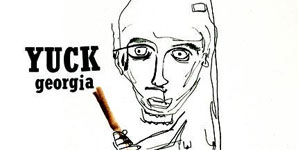