California quintet Young The Giant follow up their self-titled debut with their first record for Fueled By Ramen, home to the likes of Paramore and Panic! At The Disco. The band are currently on a gargantuan tour of their homeland, which will see them on the road through to the beginning of October. 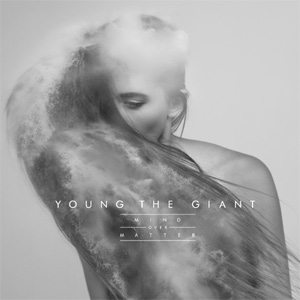 Given that their label has a roster of punk-rockers, you would be forgiven for approaching Young The Giant with that kind of expectation but, after an irrelevant intro track, 'Anagram' instead introduces a pop-rock band featuring the very smooth vocal talents of Sameer Gadhia. Whilst the track itself doesn't particularly stand out, his soulful voice certainly makes an impression and shows adaptability for the heavier 'It's About Time'.

A tepid start gets blown away by the unashamed pop melody of 'Crystallized'; a sweet summer anthem that commands a place your head. Unfortunately, this proves to be an early peak for 'Mind Over Matter', although the title track and recent single is a shimmering slice of cool demonstrating that Young The Giant are capable of sweeping numbers.

By Holly Williams in Music / Festivals on 10 September 2013

The AV Fest and Hideout Block Party mark one of the most chilled out, family friendly and joyful small music event of the year as it kick starts the autumn with some talented artists.

There have been some pretty impressive festival line-ups from a variety of major Chicago festivals including the likes of Lollapalooza and Pitchfork, but the smaller, lesser known events should not be forgotten in their role of making the 2013 summer one of the best. The Onion's AV Club and The Hideout had banded together for their seventeenth annual AV Fest/Hideout Block Party; a two-day event over the September 6th - 7th weekend with tickets priced between $30 and $70 that takes place at The Hideout bar in Chicago, Illinois; and it was certainly one to remember.

By Nick Gale in Music Reviews on 27 September 2011

Young The Giant are good at many things. Offering unique market penetration within the core 16-25 age bracket. Cutting across traditional customer demographics. Tapping into key commercial trends. That sort of thing. In many ways, they're a record company's dream: articulate, enthusiastic, happy to pose with earnest expressions for stylised photographs taken on windswept beaches, and committed to making accessible, straightforward indie rock. There's one problem: the music. It's competently played, and it ticks most of the right boxes on the consumer response questionnaire, but it lacks sparkle. The band's self-titled d'but offers a lot of polite emoting, but relatively little inspiration. 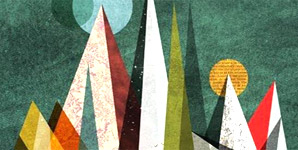