The track is extremely British and down-to-Earth, laying out proper values that we hold (or should hold) as a nation; the idea that we should live life to the full. The video shows this well, featuring the 80s influenced band just getting on with life as they preach. The electronic sound and upbeat guitar riffs reflect a more classic form of pop - coupled with the strongly British vocals, the track is the perfect soundtrack for 2012. 'People describe us as having an eighties influence, with our synth and guitar combination with big pop chords', says lead vocalist, Tommy Wright.

The band average an age of18 and already perform regularly sold-out shows in the West Country and are even playing alongside Pixie Lott for the Queen's Diamond Jubilee Festival in Bristol on June 2nd.

Young Kato are currently working on their highly anticipated, upcoming self-titled 4 track EP that is set for release on July 23rd 2012 and produced by Gordon Mills Jr. (son of Gordon Mills, former Tom Jones manager) who has previously worked on records with Placebo and Ed Sheeran. 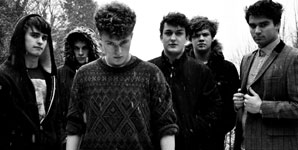