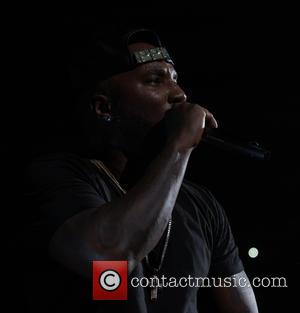 Rapper Young Jeezy has scored a legal victory after a gun possession charge against him was dismissed on Thursday (11Dec14).

The hip-hop star, real name Jay Jenkins, was arrested and charged in August (14) after police discovered an assault rifle on his tour bus.

Authorities initially believed the weapon was used to kill 38-year-old record label boss Eric Johnson backstage at Jeezy's joint Under the Influence of Music concert with Wiz Khalifa in Mountain View, California, but new evidence made it clear the gun was not his, according to Tmz.com.

On Thursday (11Dec14), a California judge granted a request to dismiss the felony possession of an illegal weapon charge.

The hitmaker tells Tmz.com, "I knew that the allegations and charges were based on zero facts. I'm relieved that the truth has prevailed."