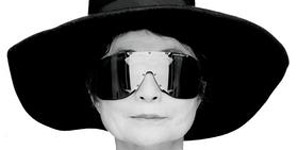 Millions are familiar with the name Yoko Ono. Her music has been heralded, embraced by, and inspirational to an entire new generation of musicians - themselves currently challenging the status quo and pushing the boundaries of sounds and ideas. Hence 'Yes, I'm A Witch' is a totally different kind of collaboration with some of today's most exciting musicians.

Each artist was given her catalogue to listen to, and upon selecting a track, was provided with the vocals and whatever other instrumental elements attracted them from that cut. Almost all the artists chose just the vocals. They then produced entirely new musical tracks that make it clear just how ahead of her time her compositions and performances were, and how they remain so.

The result is a freewheeling and inspired set of songs - all held together and defined by the voice and sensibilities of a person few have given themselves the opportunity to listen to without bias.

The set includes contributions from The Flaming Lips, Cat Power, Antony of Antony and the Johnsons, The Apples in Stereo, The Sleepy Jackson and many more. From the melancholic duet of Ono & Cat Power, evoking the most luscious new version of 'Revelations' ever heard - to the droned out psycho version of Jason Pierce of Spiritualized's 'Walking on Thin Ice', these bands have crafted their own take on the original queen of punk. While Peaches and Le Tigre deliver their high octane yet simpatico versions of 'Kiss Kiss Kiss' and 'Sisters O Sisters', Antony takes it down a notch with his own melodramatic version of 'Toy Boat.' Throughout the set, the passion and kinship between these artists and Ono shines through.