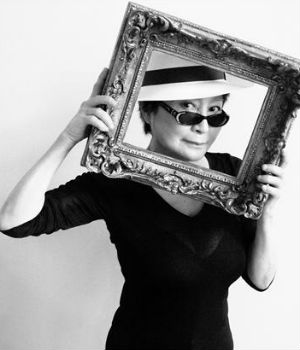 In 2003, MIND TRAIN and TWISTED RECORDS took this song to the top of the Billboard Club chart kicking off ONO'S streak of 10 #1 BILLBOARD HOT DANCE CLUB PLAY chart-topping club hits, including "HOLD ME", "TALKING TO THE UNIVERSE", "MOVE ON FAST", "I'M NOT GETTING ENOUGH", "NO NO NO" and "EVERYMAN / EVERYWOMAN".

Ten years on, ONO revisits "WALKING ON THIN ICE" and teams up with DANNY TENAGLIA and R3HAB to reinvent the timeless anthem giving it a modern retrofit melding the classic with the contemporary - old school and new school - with blistering results.

TENAGLIA, whose studio output since the start of the 21st century has been greatly limited, dusted off his studio chops to deliver an incendiary rework of the classic cut.  His first remix in nearly a decade, Danny comes out swinging with an epic masterpiece with all the hallmarks of his best work. In an era of A.D.D., Danny reminds us of the glory of a mind-twisting, continually unfolding 10+ minute journey into sound.

R3HAB has firmly established himself in the Dutch dance scene alongside Chuckie and Afrojack. With his crisp, high-octane productions, R3HAB's become one of the most highly sought-after EDM A-listers with a discography that includes remixes for artists like LADY GAGA, MADONNA, LMFAO, JENNIFER LOPEZ, CALVIN HARRIS, KASKADE, FAR EAST MOVEMENT, PITBULL, DAVID GUETTA, and KATY PERRY.

Originally recorded during the 'Double Fantasy' recording sessions with John Lennon, "WALKING ON THIN ICE" would be the last recording by John and Yoko -- recorded on that fateful night of December 8, 1980.  Released in the early months of 1981, the pioneering electronic-injected dance / post-disco / nu-wave hybrid would become ONO's definitive masterstroke and, easily one of her most accessible, best-known and well-regarded works, brilliantly capturing the kinetic pulse, tension, gritty nihilism and urban cool that defined the times then, and, in an acknowledgement to its timeless insights, continues to define them now.

The slightest of glances at today's world makes it clear that we're WALKING ON THIN ICE 2013. TENAGLIA and R3HAB get it, and nailed it.