Yoko Ono feels ''guilty'' about being a dance star because her singles have beaten the likes of Lady GaGa to top the US dance charts. 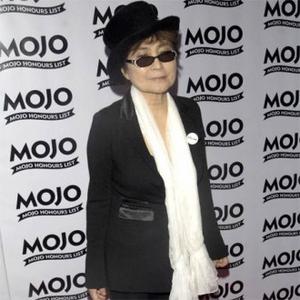 Yoko Ono feels "guilty" about being a dance star.

The 78-year-old musician - widow of Beatles legend John Lennon - has just scored her sixth consecutive number one track in the US dance charts with 'Move on Fast' and admits beating the likes of Lady GaGa to the top spot is quite surreal.

She said: "Those are all incredibly creative people on the chart with me. I respect Lady Gaga very much. I feel a touch guilty that I'm up there. But it's all right, that happens."

Yoko admits she was against the idea of remixing some of her old songs because of her rock background.

She told Rolling Stone magazine: "At first I was prejudiced against the idea. I had the pride of a rocker. People can get very elitist very quickly, and that's how I was."

However, Yoko - who has worked with the likes of Richard Morel, Digital Dog, Wawa, Chris The Greek on the album 'Move On Fast (The Remixes)', - says she now has a lot more respect for dance music.

She said: "I never thought I would go into the dance charts. I respect these producers so much now. I think one day the dance field is going to be very important musically. I mean, it's a high art now...I just feel great that people are dancing. I great and I feel it."