The 83-year-old was taken to hospital in New York on Friday evening.

Yoko Ono is recovering after being hospitalised in New York on Friday and receiving treatment for flu-like symptoms. The 83-year-old was taken to Mount Sinai West hospital at just after 9pm on Friday evening on the advice of her doctors. 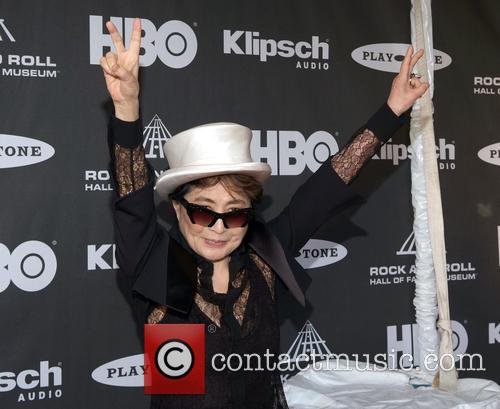 Yoko Ono has been hospitalised in New York.

Her longtime spokesman, Elliot Mintz, told ABC News: "To the best of my knowledge, she had symptoms along the lines of a serious flu, and her doctor thought it was best that she would get a check-up at the hospital.”

Ono was originally reported to have suffered a stoke, but Mintz confirmed that was not that case. "There is no stroke and there are no life threatening circumstances as has been described to me. Hopefully she will be released as early as tomorrow.” he added.

Her son, Sean Lennon also took to twitter to clear up rumours about his mother’s condition. "Hey guys it was only rumours from press: was NOT a stroke, just dehydration/tired. She is FINE,” Lennon tweeted.

"Only stroke @yokoono had was a Stroke of Genius! :-) She's really fine. Thanks for all the well wishes! Big Love, Sean.” Mint also confirmed Lennon’s tweet, adding "Dehydration and feeling tired would fall under the umbrella of the flu," he said.

Ono was recently awarded the NME Inspiration Award and told The Guardian she could never see herself retiring from music. "I won't stop. No, I never think that. Artists are obsessive, they want to keep doing it.”

“I'm an artist. My sole interest is in creating something beautiful. When I say beautiful .... well, the maximum beauty can be ugly to some people.” Ono was married to John Lennon until his death in 1980 and still lives in the Manhattan apartment she shared with the Beatles legend.