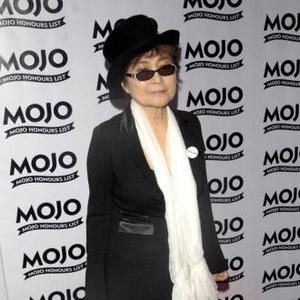 Yoko Ono had to force herself to smile after the death of her husband John Lennon.

The Japanese artist was inconsolable with grief after the iconic musician was shot dead in 1980 by deranged fan Mark Chapman outside the Dakota building in New York at the age of just 40.

Yoko was in so much pain she couldn't hide it from people so she made a deliberate effort to present a happy exterior to the world which helped her come to terms with her loss.

She revealed: ''When John, my husband, passed away, I was feeling down, so down, that it showed on my face when I looked at myself in the mirror. 'This is bad,' I thought. I could make myself ill, or if not, make myself a very irritable person, which would be not nice, especially for Sean, my son. I have to get out of this.

''So I systematically smiled into the mirror every morning.

My smile was forced and looked terrible.

But as I kept smiling for some time, my smile became a natural smile. It not only became a smile with my mouth and my eyes, but my shoulders, my tummy, and finally, with my whole body!

In the wake of John's passing Yoko realised the power of smiling and good feelings.

After first coming up with the idea of creating an artwork made from photos of grinning people in 1967, the 79-year-old activist has now launched her #smilesfilm project which invites people from across the world to upload images of their smiles to twitter and Instagram which are then collated to the #smilesfilm website and app to be viewed.

Writing on The Huffington Post about the project, Yoko said: ''I realised how important it is for all of us to smile - not for anybody else, but for ourselves and our health.

''Now the computer age has come in full swing. And I know that we can use this situation to make the whole world smile!

''Please smile for your health and joy. If all of us do this, our planet will be a heaven, created by us.'' 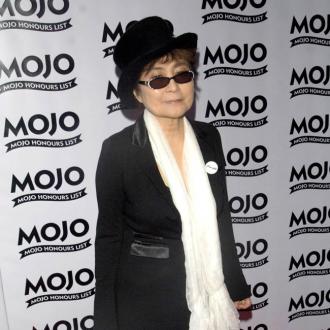