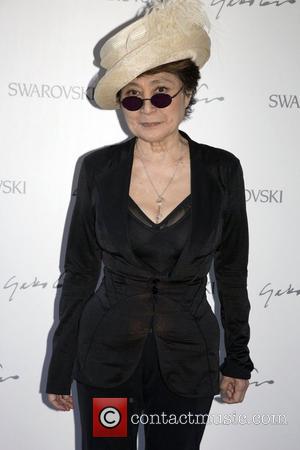 Yoko Ono and her son Sean Lennon are calling on aspiring filmmakers to help them make a stand against hydraulic fracturing in New York by submitting video advertisements for their Artists Against Fracking organisation.

The mother and son team set up the campaign group earlier this year (12) in a bid to urge New York Governor Andrew Cuomo to reject proposals allowing the controversial gas drilling, which critics claim can poison nearby water supplies with dangerous chemicals, near their home in Delaware County.

They launched a competition online on Monday (10Dec12), asking fans to get creative to help create a 30-second Tv commercial and a small video.

A post on their website ArtistsAgainstFracking.com reads: "New York's Gov. Cuomo recently delayed until February a decision on whether to allow fracking for gas in the state. To help inform the Governor and the public, Artists Against Fracking announces the #DontFrackNy video contest. Help us make the case in the most compelling and moving way."

Ono and Lennon will pick one winner in each category and the ads will then be broadcast on Tv screens across New York City, while the lucky filmmakers will be invited to have lunch with John Lennon's family.

The deadline for submissions is 20 January (13).

The Artists Against Fracking group, which boasts the support of environmentally-aware stars like Leonardo DiCaprio, Mark Ruffalo, Julianne Moore and Lady Gaga, also took out a full-page ad in Mondey's edition of the New York Times, calling on Governor Cuomo to "Imagine There's No Fracking... and give clean energy a chance."