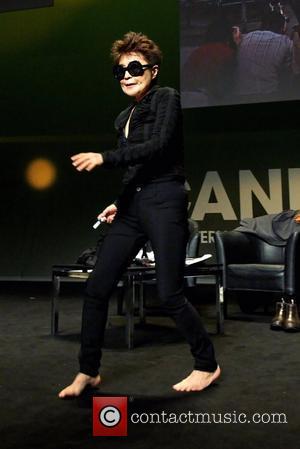 Yoko Ono is planning a special tribute gig in Iceland to mark what would have been John Lennon's 70th birthday in October (10).
The Beatles legend, who was shot and killed in New York City in 1980, would have celebrated the milestone on 9 October (10) and his widow is planning a series of events to mark the occasion.
Ono will present the Lennon Ono Grant for Peace award, which was created in 2002, to four key figures for their contribution to world harmony, and after the ceremony she will light the Imagine Peace Tower illuminated memorial, located on an island close to the Icelandic capital of Reykjavik.
The artist/campaigner will then play a special concert with the Yoko Ono Plastic Ono Band.