Rapper Blac Youngsta Has Received An Apology From Police In Atlanta, Georgia After He Was Wrongly Arrested For Withdrawing $200,000 (£133,333) From His Own Bank Account. 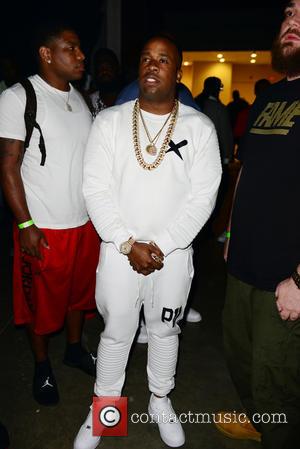 The emcee, who is signed to Yo Gotti's Collective Music Group label, was with his entourage on Friday afternoon (08Jan16) when they were all stopped and detained by officers shortly after taking out the large sum at a Wells Fargo bank.

The group was eventually released with an apology after cops realised Blac Youngsta was not the suspect they were looking for after responding to a call placed by employees at the same location, reporting a man trying to cash a forged cheque for $24,000 (£16,000).

Blac Youngsta, real name Sam Benson, later shared a photo of himself being detained, lying face down on the ground with his hands cuffed behind his back.

The image, which has since gone viral, featured the caption, "LOOK AT HOW THEY TREAT A YOUNG RICH N**GA."

Authorities have now insisted it was just a case of mistaken identity.

Meanwhile, the rapper has detailed the ordeal with local news station WXIA, recalling, "I come out the bank, I see the police, I'm walking to my car. I see one of them point to my bag like, 'Him.' They come bum-rushing me at the car, put me on the ground, putting guns to my head."

Blac Youngsta went on to reveal he had taken out the cash to buy a new luxury car, and although he claims police took half of the money from him at the scene, Sergeant Pickard insists that never happened.

"The officers on the scene did not take custody of any of Mr. Benson's currency," he added.

The real suspect in the case, Charles Darnell Edward, was subsequently arrested and charged with a felony for first-degree forgery.