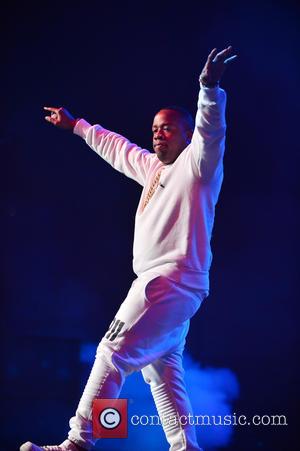 A lawyer for rapper Yo Gotti is "confident" he will be cleared of any involvement in a shooting in Memphis, Tennessee following his arrest on Monday (13Dec10).
The hip-hop star, real name Mario Mims, is facing a felony charge for aggravated riot stemming from an alleged verbal altercation with his pal, OG Boo Dirty, on 29 November (10).
A third man interfered and a fight is said to have broken out, resulting in a shooting which left several people injured.
Gotti surrendered to police on Monday after he was named as a person of interest, and he was subsequently hit with the felony count.
But the rapper's legal representative, Murray Wells, is sure his client will be proved innocent.
Wells says, "(Gotti) is not an advocate of violence by any means. At the end of the day we're confident his name is going to be cleared."