The bass player was the sole constant member of the prog rock band's ever-changing line-up over the decades.

Chris Squire, the bassist and one of the founding members of prog-rock favourites Yes, has died at the age of 67. The songwriter passed away on Saturday following a short battle with leukaemia, at his home in Arizona.

The sad news was broken via the band’s official Facebook page on Sunday (June 28th). The statement read: “It's with the heaviest of hearts and unbearable sadness that we must inform you of the passing of our dear friend and Yes co-founder, Chris Squire. Chris peacefully passed away last night in Phoenix, Arizona.”

Just last month, Yes’ official website announced Squire’s diagnosis with acute erythroid leukaemia and that he was to undergo a course of treatment in his home town of Phoenix over the summer. He was replaced on bass by his former bandmate Billy Sherwood for the group’s North American reunion tour over the coming months. 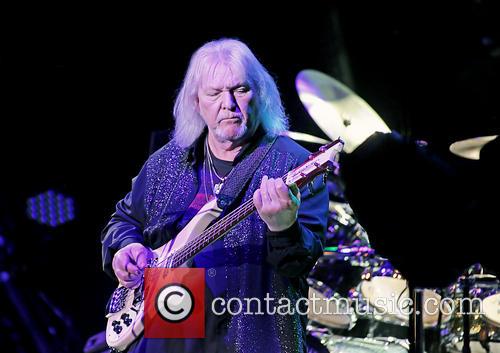 Chris Squire performing with Yes in 2014

When the tour kicks off alongside fellow golden oldies Toto on August 7th, it will therefore mark the first ever Yes concert without Squire.

“With his gentle, easy-going nature, Chris was a great friend of many... including each of us,” the band's statement continued. “But he wasn't merely our friend: he was also part of our family and we shall forever love and miss him.”

Squire was an ever-present member of Yes, playing on every single one of their 21 studio albums, spanning 45 years from 1969 to 2014. He had co-founded the band with singer Jon Anderson, who had left the group 2008.

Squire also co-wrote most of the group’s most well-known hits, including ‘Leave It’, ‘Lift Me Up’ and drive-time staple ‘Owner of a Lonely Heart’. He recorded one solo album in addition to his work with Yes, which was 1975’s Fish Out of Water.

He is survived by his wife Scotty and five children: Carmen, Chandrika, Camille, Cameron, and Xilan.