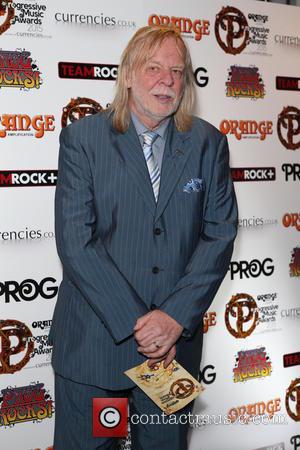 The keyboardist was scheduled to hit the stage at the Wakemanfest in October (15) and in Scandinavia for 16 piano shows in November and December, but the 66 year old has decided to lighten his schedule to allow himself time to heal from an undisclosed condition.

In a message on his website, he writes, "As most people are aware, I had quite a serious health scare just after Easter which necessitated my culling my diary quite drastically and although my health has improved and blood pressure heading the right way... it's meant, that on advice, I have had to take a really close look at what is currently in for the rest of this year and doing quite a lot more culling.

"To this extent, apart from WAKEmanFEST, a propose (sic) 16 piano dates in Scandinavia currently pencilled for November and December have had to go and also the proposed Journey to the Centre of the Earth (concert) in Tenerife at Xmas is also under review. It's totally my fault as I allowed the diary to start filling up again and everything stemmed from that.

"My management, agents and indeed my wife basically read me the riot act... and I succumbed to the fact that I really do have to listen. The deal that was struck was that of nothing being cancelled, just postponed and so announcements will be made as to new days, early next year, after my next medical!"

Wakeman will perform his last show of the year (15) with the English Rock Ensemble at Barrow Hill Roundhouse in Chesterfield, England on Friday (11Sep15).