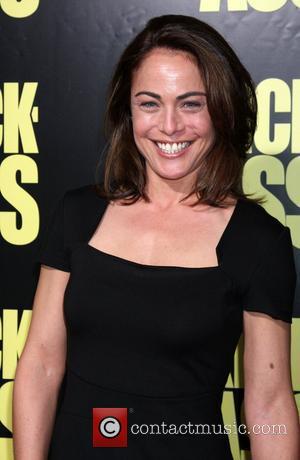 Former WITCHBLADE star Yancy Butler has been ordered to enter a substance-abuse treatment program after being arrested for disorderly intoxication.

The TV actress was taken to a Florida jail on Saturday (22NOV03) after cars were forced to swerve to avoid hitting her as she wandered in and out of traffic, according to police.

A Palm Beach County judge ordered yesterday (24NOV03) that Butler be sent to THE RENAISSANCE INSTITUTE in Boca Raton while she awaits a 18 December (03) court appearance.

Butler told police on Saturday she was an alcoholic and was on medication, according to a Delray Beach Police report. At first she said she'd been kicked out of a halfway house, but later said she was still in one, according to the report.

Officers took the 33-year-old actress to the DRUG ABUSE FOUNDATION OF PALM BEACH COUNTY. The report discloses when she became hostile and struggled with police, the foundation declined to admit her.

Butler was handcuffed, jailed and charged with disorderly intoxication and resisting an officer without violence.

In 2002, filming on Witchblade was postponed for nearly three weeks to await Butler's release from alcohol rehabilitation.