The prices for PlayStation Now's beta have been revealed. Are they acceptable, or completely ridiculous?

Ever since the announcement back in 2012 that Sony would be acquiring Gaikai, a streaming service for video games, for $380 million, many anticipated how it would be implemented in the future for PlayStation products. When that service was revealed this past January as PlayStation Now, it finally offered a response to the PlayStation 4’s lack of backwards compatibility. PlayStation Now allows for the streaming of games that can be rented on PlayStation 4, 3, Vita, televisions, and mobile devices, and it’s been in a closed beta phase since January and will turn into an open beta in late July.

However, what was never touched upon but always talked about was PlayStation Now’s pricing method. Essentially a Netflix for video games, would it be following a model similar to that, or something completely different? On June 18, PlayStation Now rolled out a price model for the service, and it’s absolutely outrageous. The website Game Informer has a chart that explains the gist of it for a select amount of games currently available. From the chart, you can rent a game from timespans of 4 hours, 7 days, 30 days, or 90 days, and the prices that go with that range from $3 for 4 hours, or $30 for the 90 day max.

It’s flawed in a number of ways. First off, the timespans are just awkward. There are occasions where 4 hours is suitable for a night with friends when you want to play a sports or racing game, and $3 isn’t all that bad. However, for a game like Final Fantasy XIII-2, which currently has a 4 hour rental option for $5, it makes absolutely no sense. Four hours is hardly long enough to get through a single Final Fantasy chapter. On GameStop’s website, or even the PlayStation Store, you can purchase it for $20. However, renting it for 90 days will cost you $30.

In the event that you do rent a game, what happens when your Internet dies in the middle of playing it? PlayStation Now requires a moderately fast Internet connection, and an outage doesn’t keep the game’s timer from ticking, but it does keep you from playing. What about multiplayer-heavy games? Considering the games are being streamed from a server, there’s bound to be lag and latency present during an online match, and it could heavily impact a game like MLB The Show or Call of Duty, where timing is essential. Is the price to rent one of those games really fair if you can run into issues like that? 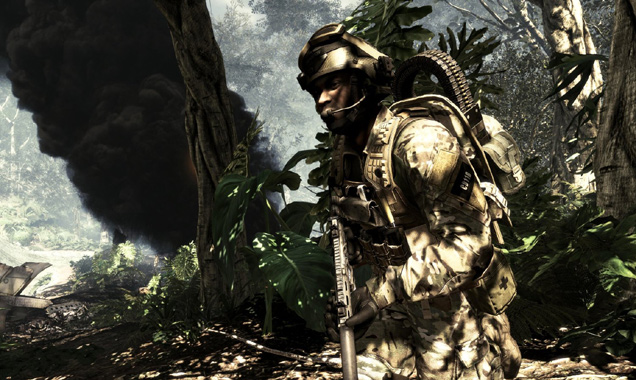 How will renting games affect the performance of, say, Call of Duty?

Perhaps the biggest issue of all is that PlayStation Now just can’t work as a rental service; it needs to be subscription based. Though outlandish to suggest that they should include PlayStation Now in for PlayStation Plus’ $50 subscription fee, it’s an option that needs to be looked at in some iteration. Granted, it IS in a beta phase. More than likely, this will not be the final price model. Additionally, it’s the game developers choosing the prices too, not Sony. Some justify the pricing with the fact that renting on PlayStation Now allows you to stream the game across your multiple devices, but it’s irrelevant if you only own one device that’s compatible. PlayStation Now is an incredible concept, and it’s something that can absolutely work flawlessly -- but unless it can work out a model that makes sense, it’s a service that’s bound for failure.