Elite: Dangerous has raised many eyebrows over the past few months, mainly due to an incredibly promising scope and a hefty £100 beta price tag. But Frontier chief David Brabe has probably won back a few friends with his non-announcement that the sci-fi epic will be hitting consoles. 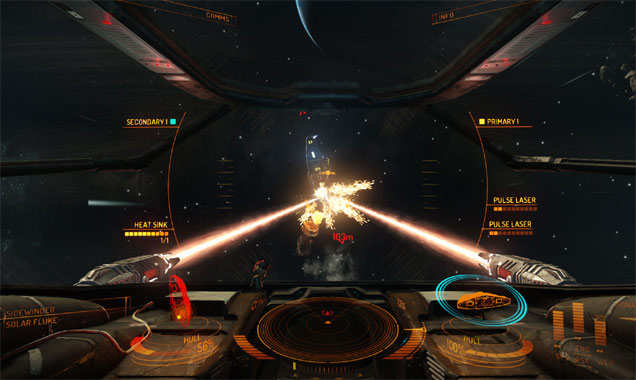 We say non-announcement because Brabe himself was keen for it not to be an official unveiling.  "I've just got to watch out," he smiled as he talked to Eurogamer. "I don't want to do something that constitutes an announcement, but we would be stupid not to support other platforms, including console."

The forthcoming space exploration sim, which features a huge universe, myriad combat & ship options with the option to either play as a pirate, bounty hunter or simply explorer is built using the same engine Frontier used to create XBOX One launch title Zoo Tycoon.

"We've done lots and lots of games over time," he said. "We've done first-party Sony games. We've done first party Microsoft games. On console. So yes, we'd be stupid not to think about it. But the point is, we're very focused on delivering a great PC game. We will then do the game on Mac and during that time we will be looking at other platforms as well. We're a public company and announcements have to be properly made. But it's obviously something we're bearing in mind." 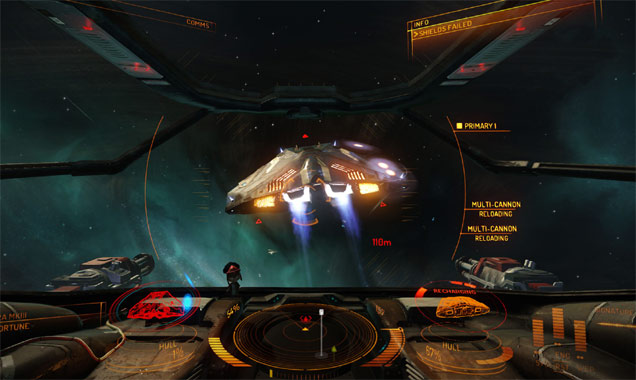 With the beta launching on PC, with a release to follow in 2014 and a mac version coming three months later, you can basically kiss goodbye any hopes that Elite: Dangerous will hit consoles this year. But mid/late 2015 is looking hopeful for the huge sci-fi world.