'Battlecry' Looks Like Half Life 2, Dishonoured And Final Fantasy VII. And That's Amazing

We're excited about this project, and with good reason

With all the tumult surrounding the new generation of games being developed for the PS4 and XBOX One, the PC platform is secretly amassing a plethora of exciting new titles. None more than ‘Battlecry’, a free-to-play online game from Half Life 2 and Dishonoured world artist, Viktor Antonov. 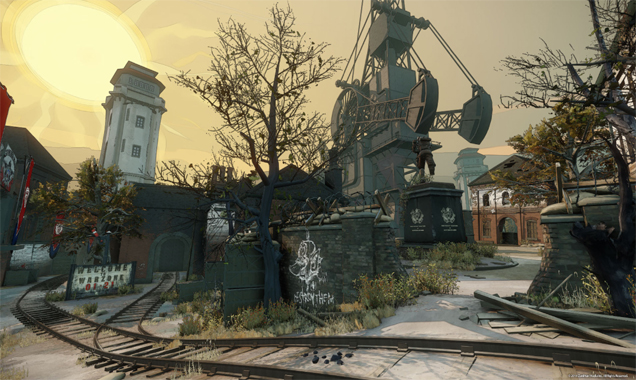 Watch the trailer. First thing we noticed was a smattering of Dishonoured; the post-apocalyptia has us pining for Fallout, then we were back in Nibleheim admiring Cloud’s sword. Then we were right back in Half Life 2. PC owners out there should be excited.

This will be Battlecry Studios first game, and given the talent assembled together by Bethesda Softworks, the hype is justified. Rich Vogel, whose MMO expertise range from Meridian 59 and Ultima to Star Wars: The Old Republic is heading things up. The design director Lucas Davis- we’re talking Halo 4 and Call of Duty: Black Ops 2 then then you’ve got Antonov as creative director.

The 32-player game enlists an alternate history: Gunpowder is outlawed after a world war, meaning conflicts are settled by teams of warriors in pre-sanctioned warzones using swords, shields and bows and arrows. 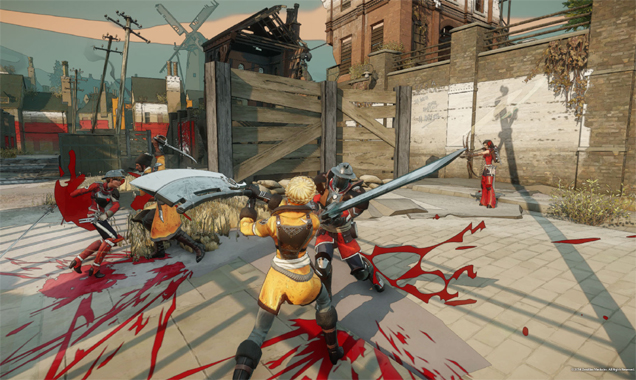 "We got our inspiration from Devil May Cry, God of War and Arkham Asylum," Vogel told Eurogamer. "Those are the games we use for what our combat loop will look like. Using those three games as our base, I wanted to build a game that had intimate, visceral combat. When we looked at the field out there, I didn't want to build another FPS. It's very competitive, very hard to get into. No way, I'm not going to do that. I looked at MOBAs, but I didn't want to do a me-too MOBA. There's too many of those coming out. I didn't want to do a combat RPG or action RPG, because there are a lot of those coming out too. Has anyone really done an action combat multiplayer game? We sat down and we all tried to come up with one. No one has done one."