Why Was Batman: Arkham Knight Delayed? A Look At 2015's Most Anticipated Game

Batman: Arkham Knight has been delayed until 2015. What's the reason, and is it worth the hype anyway?

The wait for what was one of this year’s most anticipated games is going to have to go on for a little while longer. Until next year, actually. Originally set to hit stores October 14, Batman: Arkham Knight has been delayed until 2015. Arkham Knight joins the ranks of blockbuster AAA video games that were previously scheduled for 2014 then delayed until further notice. For instance, action-role playing game The Witcher 3: Wild Hunt was supposed to see the light of day this fall, but was delayed until later in February. The survival horror Dying Light should have arrived this spring, but now is delayed until sometime in 2015. This list goes on, and includes other titles like Mad Max, The Order: 1886, and Tom Clancy’s The Division. 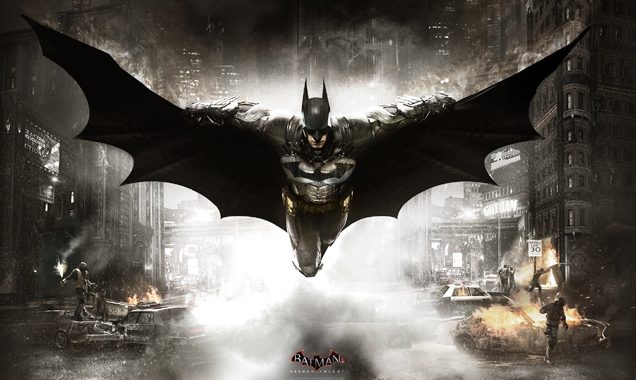 Batman Arkham Knight has been delayed

It’s frustrating for sure, and gamers try to ease the disappointment by trying to convince themselves that game delays mean that developers are just taking extra time to work out all of the remaining kinks. However, in some cases like Watch Dogs, which was originally planned to be a PlayStation 4/XBOX One launch title, online connectivity issues has made it a struggle for players to connect to the multiplayer servers. So with no evidence that a game will turn out perfect because of its delay, what’s the point of a delay anyway? Better yet, why announce a release date so far in advance in the first place?

More: President Obama expresses his admiration for 'The Witcher'

One reason could be that the game just simply isn’t done, which is allegedly the case for Arkham Knight. “"We feel that we have an absolutely awesome game in the works, and we want to make it as great as it possibly can be. We just need more time to do that,” Rocksteady Studios’ Guy Perkins told Gamespot. The reason for its initial release date? Building hype and moving pre-order units, because with entertainment, business ultimately comes first.

To bring up Watch Dogs again, it’s a strategy that worked out pretty perfectly. Despite its delay, the game still moved four million units in the first week, making it the fastest selling Ubisoft game ever released. But some games don’t need a strategy to sell well. Batman is a household name to begin with, and the Arkham series has been critically acclaimed since its beginning. After the reveal trailer for Arkham Knight debuted in March, the hype had been in full swing, but like Watch Dogs, it could just benefit even more from being delayed.

What’s the hype all about anyway? Arkham Knight’s setting takes place one year after the events in 2011’s Batman: Arkham City and the most exciting part of all, Arkham Knight has a driveable Batmobile. The game is probably worth the purchase strictly based on that. You can upgrade it, you can smash into stuff with it, and shoot missiles from it. What’s not to love? Some things from past Arkham games will be included too, such as the grapnel gun and batarangs. Improvements to the combat system will allow Batman to subdue more enemies at a time, counter attacks, and even throw enemies into each other for added damage.

The trailer was visually breathtaking and there’s no question why. Arkham Knight looks like it’s going to be one of this generation’s first “truly next-gen” games, so the disappointment in its delay is completely warranted. However, we’ll have to look on the bright side and hope that while we’re waiting during those extra few months, Rocksteady Studios is working even harder to bring us an incredible game.