Quote: "I'm a terrible liar... I guess you become good at lying. But honestly, I'm really bad at lying. The entire appearance was so hush hush. It was like, 'We have to find a way of getting you to the airport with no one seeing you.'" Movie bosses went to great lengths to keep Famke Janssen's cameo appearance in X-Men: Days Of Future Past a secret. Janssen plays Jean Grey in the mutant franchise.

Fact: Organisers of the X-Men: Days Of Future Past U.K. premiere are hoping to break the Guinness World Record for the most people dressed up as X-Men characters in one place on Monday (11May14). Fans taking part in the challenge can dress as any character from the franchise including films, comics and video games. Entrants will shoot a music video in London's Leicester Square before the premiere begins.

Quote: "I guess the truth will come out in the way that it does, but it's hard to hear about someone being in that situation, someone you like working with. Whatever comes of it, I do think that there's a systemic issue of people in places of power manipulating and abusing young people." Ellen Page on sexual assault allegations against her X-Men: Days of Future Past director Bryan Singer, who has been accused of having sex with two teenage boys in new lawsuits.

Quote: "Michael was particularly enamoured with the video to Blurred Lines... I used to play the song in between takes on the X-Men set. It was a lot of fun. Everyone would go into character and we'd be strutting around. It was identical to the video but we'd be mutants." Hugh Jackman and Michael Fassbender danced around to the Robin Thicke tune dressed as their characters while filming X-Men: Days Of Future Past.

Quote: "I just find sex scenes uncomfortable. I've done scenes with women who were topless, and you're hyperaware of not staring at their chests. You're never thinking, 'Wow, this is really exciting!' You just think, 'How can I reassure this actress I'm not a total perv?'" X-Men star James Marsden doesn't like sex scenes.

Quote: "One day we needed a guy, so I called Leo to play. He said sure. It was just as his career was taking off." X-Men star James Marsden on his basketball court friendship with a young Leonardo DiCaprio.

Fact: Actor Hugh Jackman showed off his signature muscles on Thursday (19Sep13), when U.S. Tv show host Jimmy Fallon challenged the X-Men star to an arm wrestling match on LATE NIGHT WITH Jimmy Fallon. During the competition, the two joked about what they would do if they won and Jackman ultimately triumphed over Fallon.

Tweet: "New to this. Ok to follow ex husbands on here?" Rebecca Romijn, who is married to actor Jerry O'connell, asking her followers for social media etiquette after recently joining Twitter. The X-Men actress was previously married to John Stamos.

Fact: X-Men stars Nicholas Hoult and James McAvoy took a break from filming Days of Future Past in Montreal, Canada on Sunday (09Jun13) to attend the city's Formula 1 Grand Prix. The pair was spotted on the starting grid chatting to the top drivers and their teams.

Quote: "I am nothing like the characters I play, but I know I look like I would be. Of course, when you're Meryl Streep or Daniel Day-Lewis, it's a different story, but most of us are not that lucky. It's not like I turn down those parts and opt for the alien creatures. It's what's offered to me." X-Men actress Famke Janssen wants to tackle more dramatic roles.

Fact: Hugh Jackman was so unfamiliar with the X-Men comic books when he first auditioned to play Wolverine, he thought the film was a nod to Australian pub band THE UNCANNY X-MEN.

Fact: X-Men heroes Hugh Jackman and James Marsden beat the boredom of hours in the make-up trailer on the set of X-MEN: THE LAST STAND by singing duets to the themes of their young kids' favourite TV shows.

Quote: "I have a website, BrettRatner.com. I get more insane emails than anything you ever read. That's what's beautiful about this movie. It's like you're making a movie about the Bible - everyone has their own favourite parts." Director Brett Ratner compares X-Men fans to followers of the Bible.

Quote: "I wear it sometimes at home... STORM never has sex in the movies, but Storm has a lot of sex at my house." Halle Berry likes to wear her sexy X-Men outfit in the bedroom.

Quote: "They won't let you do stunts because you can get hurt and I also have terribly flat feet so jumping isn't a big thing with me." Kelsey Grammer reveals it isn't really him performing stunts as his all-blue X-Men character THE BEAST in X-MEN: THE LAST STAND.

Quote: "Oh he's very sexy. Beast is great. He's cool looking, he's blue and he's got great hair. I haven't had great hair since I was 16. It's playing dress-up and it's a profound way of playing dress-up." Kelsey Grammer on his X-Men: THE LAST STAND character.

Quote: "It's definitely steamier than it's ever been. But there's going to be no violins broken out. And no Barry White." HUGH JACKMAN shares the secrets of Wolverine's love life in the forthcoming X-Men movie.

Quote: "She's blue and fabulous. If I looked like that I would be naked and let people paint me blue." Anna Paquin is a fan of her X-Men co-star Rebecca Romijn's naked body. The former model appears naked and painted blue as MYSTIQUE in the X-Men films.

Quote: "Working out like a dog and eating like there's no tomorrow." Actor Hugh Jackman reveals how he prepared for his role in upcoming X-Men: THE LAST STAND.

Fact: Actor Hugh Jackman will receive ShoWest's Male Star of the Year Award on Thursday (16MAR06) at the Las Vegas convention of movie-theater owners. Jackman's next project will be reprising his role as Wolverine in X-Men:THE LAST STAND, the third film in the series.

Fact: <p>Former FRASIER star Kelsey Grammer will be getting blue this summer (06) when he plays DR HANK McCOY/THE BEAST in the latest X-Men action movie. McCoy's monstrous alter-ego is an all-blue demon. </p>

Fact: <p>Lost co-creator Damon Lindelof has returned to his roots as a cartoonist to write a six-part Marvel comic which brings The Hulk and X-Men character Wolverine together. </p>

Fact: <p>Iranian Oscar nominee Shohreh Aghdashloo has signed on to star in Brett Ratner's upcoming X-Men 3 movie. The HOUSE OF SAND + FOG star will play mutant DR CECILIA REYES, who has the power to create force fields around herself. </p> 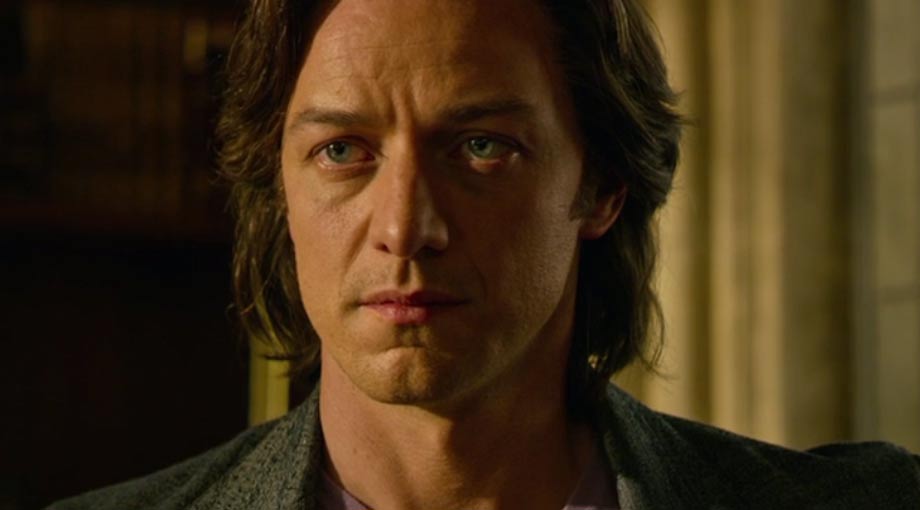 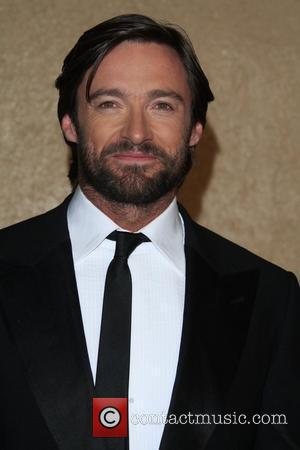