Wynonna Judd is using Kirstie Alley as inspiration for her stint on Dancing with the Stars.

Wynonna Judd joked on Tuesday that she'd signed onto Dancing with the Stars to get down to her birth weight, though it's a serious issue for the 48-year-old who says she must start taking care of her body. Her health began to decline shortly after husband Cactus Moser lost his leg in a motorcycle accident last August.

"This is a great diversion for me, because it will focus on self-care, which for women - especially working as hard as I do - we forget to put ourselves on the list," Wynonna, told People magazine shortly after signing on to the long-running dance show. "This will force me to take care of myself." The country music singer says she became "the wife and caretaker" after Moser's tragic accident, saying, "There were days and days and days that I didn't walk. I'm a walker, and I'm always telling my fans how to be healthy," adding, "It's not about size and numbers, but I can honestly say I've seen the pictures from when I got married and before, and I see them now and I think, 'You know what? I deserve to be healthy. I'm worth it."

Wynonna has plenty to aspire to - most celebrities who stay in Dancing with the Stars for the long-run lose weight. Kirstie Alley, 62, is a prime example of a contestant shedding the pounds quickly and Judd cites the actress as an inspiration. "I've talked to Kirstie so many times. She said if you have fun and you do everything that you're going to be doing with your heart, the rest will follow. I really believe that. She really misses [the show]," she said. 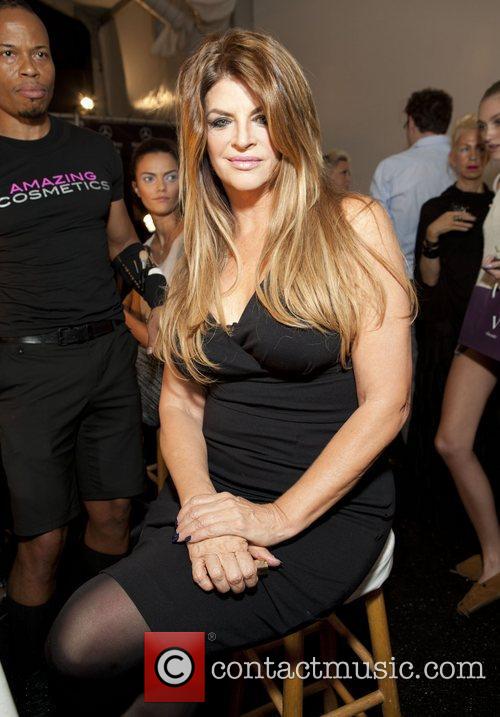 Judd has plenty in her favor, having been partnered with Tony Dovolani, last year's winner with Melissa Rycroft. He has previously danced with Audrina Patridge, Wendy Williams and Kate Gosselin.