Wyclef Jean has been shot during a visit to Haiti, to support one of its presidential candidates. 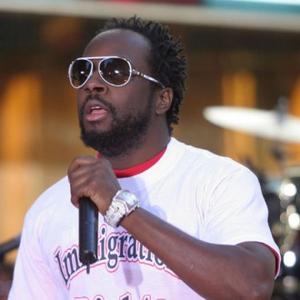 Wyclef Jean has been shot.

The former Fugees frontman was hit in the hand on the eve of presidential elections in his native Haiti yesterday (19.03.11).

Wyclef had travelled to the Caribbean country to raise support for presidential candidate Michel Martelly in today's (20.03.11) second round of voting, which pits him against former First Lady Mirlande Manigat.

Although Wyclef was taken to hospital, the wound was superficial and he was released after receiving treatment.

The singer had been attacked while driving through the country's capital, Port Au Prince, with another hip-hop artist, Busta Rhymes, and record executive Jimmy Rosemond.

A representative for the star wrote on his twitter page: "We have spoken to Wyclef, he is ok. Thank you for your thoughts and prayers - Management."

It is not yet known who shot at Wyclef or the reasons behind their actions, but the assailant has not been caught.

'Fu-Gee-La' singer Wyclef had put himself forward as a presidential candidate for Haiti â which is still recovering from a huge earthquake in January 2010 - but stepped down after it was deemed he was ineligible to run, because he now lives in the US.