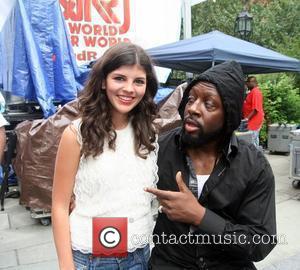 Wyclef Jean and his wife CLAUDINETTE celebrated their 15th wedding anniversary in August (09) by renewing their vows.
The couple dressed in white and stepped down the aisle all over again in a lavish ceremony in Garfield, New Jersey, in front of family and friends.
Wyclef and Haitian-American fashion designer Claudinette first married in 1994.
Speaking in 2007, the former Fugee revealed the couple has an open marriage. He said, "I think that as human beings, there will be mistakes. You grow from the mistakes. If my rock does something, I'm not gonna go crazy and if I do something, she won't go crazy."