Review of What A Wonderful World Single by Wyatt

A cover version by an elder statesman of never overly popular music arguably best known for his interpretation of Costello's Shipbuilding was unlikely to be troubling the higher reaches of the festive charts. 'What A Wonderful Life' is Robert Wyatt, Gilad Atzmon and Ros Stephen's take on the classic Louis Armstrong standard. Taken from last years album 'For The Ghost Within' it sees Wyatt don a Santa outfit for the yuletide offering, although for my money he'd probably do a better Uncle Jesse! (Dukes Of Hazard for those in need of a reminder)

'What A Wonderful Life' is a difficult song to cover, so deeply associated it is with the 'one', the 'only' true, real, great version. It's almost sacrilegious to even attempt or consider such a venture, is it not? Wyatt has undoubtedly one of the most individual, recognisable and emotive voices in music. His sad, melancholic agonies are joyous in their depths of despair. It is probably because of this that Wyatt himself points out that..'Our 'Wonderful World' is not sarcastic, ironic or even just sentimental. It's Social Realism: not the WHOLE truth, but nevertheless The truth.' 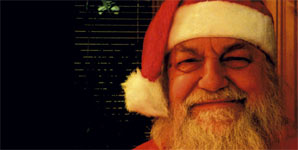 Listening to Wonderful Life, and having read Mr Wyatt's statement, I'm still not sure. For me it does take irony to a whole new level. A man so completely able to hold you through a tale of depression and distress sings a song extolling the joys of life and the immense pleasure of living, how can there be no irony there? The arrangement however is fabulous and the instrumentation of strings and sax is wonderfully worked but, it still doesn't touch the Armstrong original.

Wyatt - What A Wonderful World 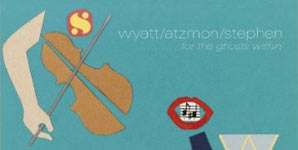 Wyatt - For The Ghosts Within