Shkreli is apparently selling the only copy in existence of 'Once Upon A Time In Shaolin', which he bought in 2015 for $2 million.

Disgraced ‘pharma bro’ Martin Shkreli has reportedly placed the one-of-a-kind Wu-Tang Clan album he owns up for auction on eBay.

The 34 year old former hedge fund manager and pharmaceutical executive was convicted on three counts of securities fraud in August this year.

Shkreli infamously purchased the sole copy in existence of the rare Wu-Tang album titled Once Upon A Time In Shaolin, reportedly forking out $2 million for it in 2015. The luxury purchase further angered his critics, who were already incensed after his company Turing Pharmaceuticals bought the AIDS drug Darapim and jacked up the cost of a pill from $13.50 to $750. 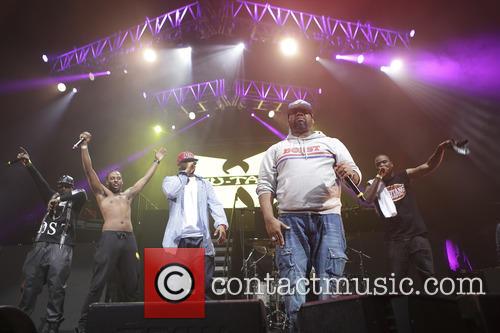 According the record’s eBay listing, which Shkreli promptly posted to his own Facebook page on Tuesday (September 5th), half of the proceeds will be donated to “medical research” – whatever that specifically means. As per the terms of the sale when he obtained it two years ago, he will not “commercialize the content of the artwork to the public for a period of 88 years.”

Shkreli’s hope is that he finds a buyer who “makes it available for the world to hear,” although he added the threatening caveat, “At any time I may cancel this sale and I may even break this album in frustration.”

Once Upon A Time In Shaolin was recorded between 2008 and 2013, and is currently the single most expensive piece of music in the world ever sold. It’s a 31-track double CD package and comes with a “finely crafted booklet”, but cannot be sold for commercial purposes until 2103.

As of the time of writing, the highest bid is just over $1 million.

Shkreli was found guilty of defrauding investors in early August this year in a New York court, and faces up to 20 years imprisonment – though legal experts believe he will in fact receive a much lighter sentence. The date for his sentencing has yet to be set.

More: Wu-Tang Clan and five other rare records you won’t own