Woody Harrelson got into acting to impress girls

Woody Harrelson has revealed he got into acting to impress girls as he wasn't good at sports. 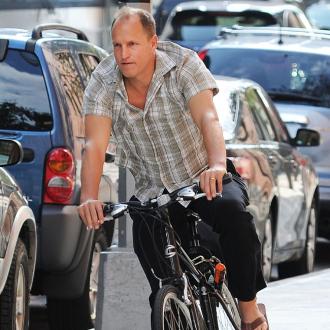 Woody Harrelson got into acting to impress girls.

The 52-year-old actor realised he could carve a career using his knack for impersonations after wooing a young lady by mimicking Elvis Presley.

He said: ''In high school, I realised that if you were a terrific athlete, you could attract girls. I wasn't, so I had to look into some other possibilities.

''I got into theatre because a girl I liked saw me do an Elvis impersonation in the library and said I should be in the theatre. And I was like, 'If she wants me to be in theatre, I'm going to be in theatre.'

''Later on I realised that most of us are never going to be rock stars, which is probably everybody's real dream. So theatre is really our only chance to get up in front of a live audience.''

The 'True Detective' star meditates on a daily basis and became a staunch vegan after feeling ''knocked out'' by greasy fast food.

He told the Metro newspaper: ''I used to eat burgers and steak but I would just feel knocked out afterward. I had to give them up.

''Dairy was first, though. I was on a bus when I was about 24 and this girl saw me blow my nose, and I had acne all over my face. She told me I was obviously lactose intolerant and that if I gave up dairy my symptoms would disappear in a matter of days. She was right.''