Woody Allen has unveiled details of his latest movie 'Midnight in Paris', revealing it to be a romantic comedy set in the French capital. 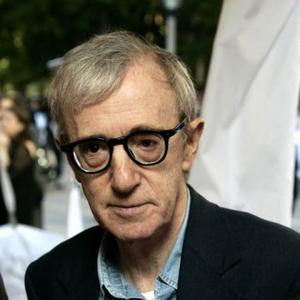 Woody Allen has revealed that his latest movie will be a romantic comedy set in Paris.

The director - who had previously announced that he'd signed up the French First Lady Carla Bruni, as well as Owen Wilson, Marion Cotillard and Rachel McAdams in a new picture - has since disclosed that it will be titled 'Midnight in Paris' and will also feature a number of other Hollywood stars.

In a statement, he said: "The film celebrates a young man's great love for Paris, and simultaneously explores the illusion people have that a life different from their own is better."

The plot will follow a family travelling to the city for business, as well as a young engaged couple whose lives are transformed throughout the journey.

The veteran director also revealed that Michael Sheen, Nina Arianda, Tom Hiddleston, Corey Stoll, Mimi Kennedy and Kurt Fuller have all been cast in the film, which is due to start production in the summer.

Carla Bruni recently spoke about how she was concerned that she would be "completely useless" in the then-untitled film, as she'd not really had any real acting experience.

She said: "He suggested I appear in his next film. I don't know what the role is but I said yes. I go into everything blindly or I'd never do anything at all. I'm not an actress at all. Perhaps I'll be completely hopeless but I can't miss an opportunity like this one."