Iconic Director Woody Allen Wants To Be Given Police Protection While Filming His Movies To Keep Nosy Fans Away. 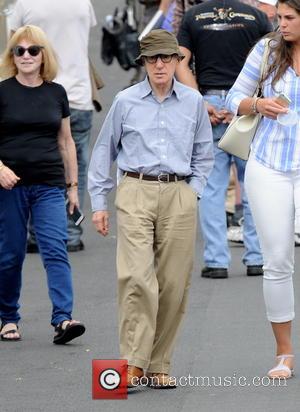 The Annie Hall moviemaker has been filming his latest project, a drama starring Jesse Eisenberg and Kristen Stewart, in his native New York, marking his first shoot in the city in many years.

However, Woody has been infuriated by fans and passers-by wandering into shots while he is filming scenes in Central Park, and he admits having cops on set would be a huge boost.

"People think doing this (shooting a film) is easy," he tells the New York Post. "Central Park has maddening problems. You really need police protection. We have a park permit and we give the park a donation, but you can't shut it down nor ban walking pedestrians. Our crew keeps them away, but bystanders sometimes get into the shot."

Woody's new film is currently untitled, but he has some ideas about the name, adding, "No title yet. If it comes out good (sic), it's an aggressive title, maybe Poets of New York. If it's not good, it gets a quiet nothing title like Rain in the City."