Woody Allen Met With "I Think He Did It!" Heckles at New York Matinee

Woody Allen was apparently heckled at a theatre in New York.

Woody Allen is continuing to put on a brave face after allegations from his adopted daughter that he sexually abused her as a child. The acclaimed director attended the Broadway musical matinee of After Midnight on Saturday (February 15, 2013), though, as expected, not everything ran smoothly for Allen at the Brooks Atkinson Theatre. 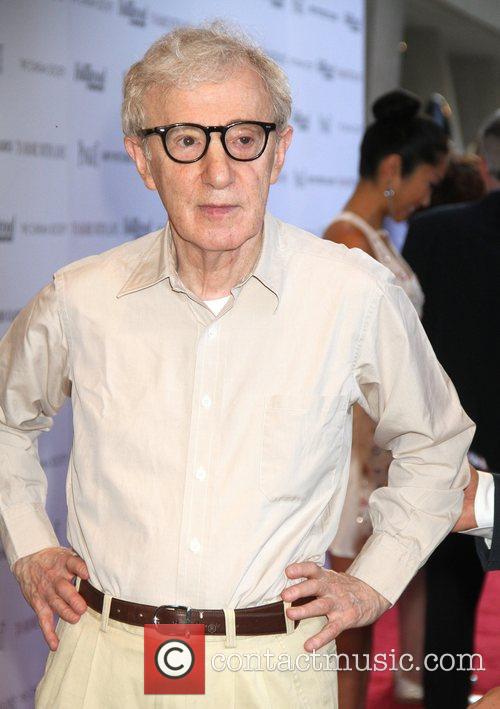 According to the New York Post's Page Six, as soon as the show finished, the director, his wife Soon-Yi and their two daughters Bechet and Manzie made a beeline for the door, which didn't go unnoticed by the crowd.

One witness said "A 60-something woman loudly exclaimed to her friend, 'I think he did it!' as Woody and his family scooted out. A protective Soon-Yi shot her a dirty look. Woody seemed unfazed."

To be fair to Woody, he would probably have looked to avoid the crowds and leave the theatre early anyway, but the gossip rags are eating up the story.

A fellow audience member said Woody and his wife seemed affectionate throughout the performance, "At one point, he leaned over to Soon-Yi and said something. She put her hand on his face, it seemed a very loving gesture."

In an open letter published on the New York Times website on February 1, 2014, Allen and Mia Farrow's adopted daughter Dylan Farrow detailed an alleged sexual assault he carried out on her when she was 7.

The director was investigated for sexual abuse in the 1990's though was never charged and has always denied the allegations.

Meanwhile, there are concerns for Allen's own Broadway musical 'Bullets Over Broadway' with Zach Braff, which begins previews next month. The Post's Michael Riedel reports that investors are sweating after sales slowed down since Farrow's essay and it's worth remembering that the movie on which the musical is based made only $13.3 million at the box office, failing to recoup its production cost, according to The Wrap. Concerns that the scandal may also affect the Oscar chances of Cate Blanchett are almost certainly exaggerated.