Woody Allen's Big Return To The Cannes Film Festival Has Been Marred By Poor Reviews Of His New Film Irrational Man. 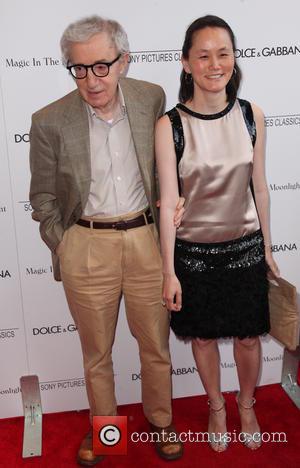 The Hollywood director is promoting his new movie, starring Emma Stone and Joaquin Phoenix, at the glitzy event in France on Friday (15May15), premiering the film out of the festival competition.

However, after the first screening, Allen, who spent years refusing to attend Cannes, is facing a torrent of negative reviews.

Peter Bradshaw of Britain's The Guardian newspaper called Irrational Man "forgettable" and gave it just two out of a possible five stars, writing, "It's a tongue-in-cheek mystery which is neither quite scary and serious enough to be suspenseful, nor witty or ironic enough to count as a comedy."

Movie reviewer David Poland wrote, "Woody Allen's Irrational Man is his greatest failure. Neither funny or (sic) dramatic, it's all your favorite people at their least interesting," while Sasha Stone of Thewrap.com adds, "For his part, Phoenix doesn't do a bad job doing a Woody Allen lead.. (But) the sexual tension between Stone and Phoenix is non-existent... They come off like parent and child rather than lovers... All in all, there is nothing to hate about Irrational Man, nothing to passionately love."

Scott Foundas of Variety calls the film "offbeat and ambitiously weird... though less conventionally entertaining than recent home runs like Blue Jasmine and Midnight in Paris."

Prior to screening the film at Cannes, Allen admitted bad publicity for his new movie could equal commercial disaster, telling Deadline.com, "If I get bad press, people won't come (to see the film). If I get great press? Maybe they'll come and maybe they won't."