The next year could be his longest break since the 80s.

Following the release of his forthcoming comedy 'A Rainy Day in New York', we may have to wait a while for another Woody Allen project. It seems that Hollywood has finally decided to take seriously the sexual abuse claims continually made against him by his stepdaughter, and he could be the latest to enter retirement based on those allegations. 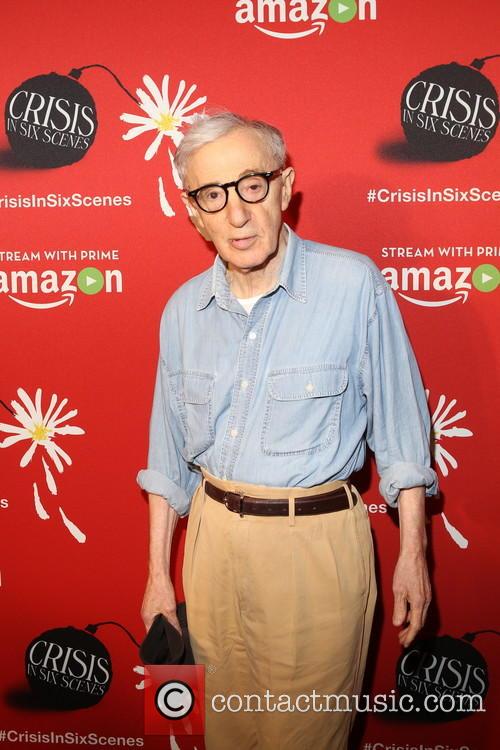 Woody Allen at the premiere for 'Crisis In Six Scenes'

For some reason, despite repeated accusations against him by Dylan Farrow - both as a child and an adult - the film industry has continued to conveniently ignore the possible questionable nature of Woody Allen. Quickly were people to shun the likes of Harvey Weinstein, Kevin Spacey and others, but Allen's career has remained afloat.

That could all change now, though, as reports suggest that he is taking a 'career break' until he can find a company to back his future projects. It seems that, in spite of an initial five-picture distribution deal with Amazon, his contract could be cut short on the basis of his dwindled reputation.

'The consensus is that Amazon will have no choice but to sever ties with the director, even if that means a hefty payout', said The Hollywood Reporter.

The 82-year-old is feating up to release his 48th feature film 'A Rainy Day in New York' this year starring Timothee Chalamet, Selena Gomez, Elle Fanning, Rebecca Hall and Jude Law - most of whom have since vowed to donate their earnings from the film to the Time's Up movement and other sexual abuse charities.

Currently the filmmaker has nothing in the pipeline for 2019, which would make it his first proper break since 1981, though he does have another untitled project in the works for 2020. At least, for now.

'Woody loves working. He never takes a vacation. But he will be taking time off this year until he can find a backer', Page Six reported.

Allen continues to deny all the allegations made against him, and also denies that he's struggling to find backing for his upcoming films. However, even actors that have worked with him in the past - such as Greta Gerwig, Michael Caine and Ellen Page - have publicly voiced their intentions to sever ties with him.