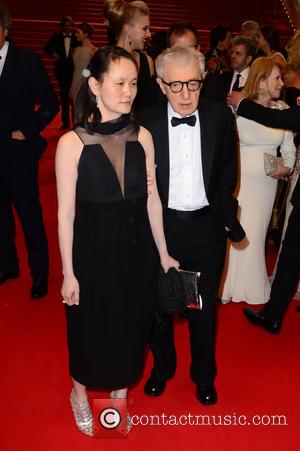 The revered director admits he didn't really know much about Willis but catching him as Butch Coolidge in Quentin Tarantino's 1994 film turned Allen into a fan, and he invited the star to join Parker Posey, Kristen Stewart, Jesse Eisenberg and Blake Lively in the project he starts shooting in August (15).

Full of praise for his new leading man, the filmmaker tells WENN, "I hadn't seen a lot of his movies but the few things I had seen he was very good at. He's an extremely gifted actor. I saw him in the Tarantino movie (Pulp Fiction) and he was very good."

Allen admits he wasn't surprised Willis was keen to work with him: "There's an enormous amount of very talented actors and actresses around and not a lot of projects. You can get major talent that don't get enough meaty work; a couple of weeks work or a blockbuster picture. Those are very tempting for an enormous amount of money and enormous recognition.

"We offer them scale and nothing and the most no frills but they will take it if they don't have an offer from a blockbuster and because they like to act. If you give them something to act and something decent to sink their teeth into that isn't just running and ducking explosions and chasing cars they'll do it because they're artists. They will accept it and are willing to sacrifice the money!"

Allen is also a huge fan of the stars of his latest release, Irrational Man - Emma Stone and Joaquin Phoenix.

The director says, "Emma is gonna be a huge, huge star. She's got everything. She's beautiful, she's bright, she can sing and dance. She's sexy, she's funny and can act dramatically."

He also reveals he dismissed the idea of casting Brad Pitt and Leonardo DiCaprio to play the "really handsome" philosophy professor in the film when his longtime collaborator Juliet Taylor suggested Phoenix, adding, "Joaquin's name came up and it was haunting. When you get Joaquin you automatically get a very troubled, kind of confused character. It's all over his body language and his looks and his speech rhythm, so then we went with him.

"The character is all screwed up and you have a tendency to want to help those people. And he's a fascinating guy. Joaquin has got that built into him. If he was here now you'd want to help him. He's very charmingly erratic!"