Emma Stone 'has got it all'

Director Woody Allen says Emma Stone is one of the most talented entertainers around. 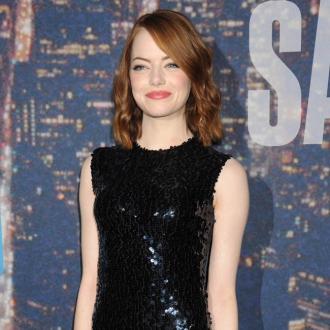 Woody Allen says Emma Stone has ''got it all''.

The pair have collaborated on new movie 'Irrational Man' after first working together on last year's 'Magic in the Moonlight' and Woody insisted Emma, 26, is one of the most talented entertainers around.

Woody, 79, told UsWeekly: ''Emma can do everything: She can act, sing, dance, astonish, and she's beautiful and intelligent. She's really got it all. I was writing this script and I was worried about who could possibly pull off this part, and of course Emma could.''

And Woody is not the only person who thinks Emma is wonderful, he said that everyone in Hollywood agrees with him.

He explained: ''Nobody ever has anything bad to say about Emma Stone. Whenever I've mentioned I'm working with her on a movie, people brighten up, 'Oh I love her!' I know why they do. She's just adorable.''

Meanwhile, Emma recently revealed that she had to explain Twitter to Woody.

She said: ''He asked me what Twitter was. I had to explain Twitter to him, 'It's 140 characters, you have to write these sentences. I don't really understand the point unless you are a musician advertising a gig or you are comedian doing one liners.'''

And according to the 'Birdman' star, the actor-and-director replied: ''That's my line.''