Bruce Willis Has Dropped Out Of Woody Allen's Upcoming Film To Focus On His Broadway Debut. 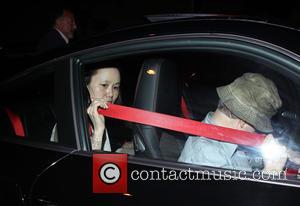 The Die Hard star was one of the first actors to sign on for Allen's as-yet-untitled movie, but he has since pulled out of the project, the filmmaker's representatives confirm to Deadline.com.

Production on Allen's film began this month (Aug15), but Willis reportedly decided to bow out as he is also preparing for his Broadway debut in the stage adaptation of Stephen King's acclaimed novel Misery, which opens this autumn (15).

Editors at Deadline report that Allen is planning to recast Willis' role in time to keep production on schedule.

His upcoming film has a star-studded cast, which includes Blake Lively, Kristen Stewart, Parker Posey and Jesse Eisenberg, among others.