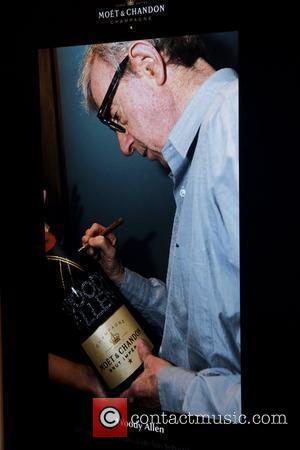 Director Woody Allen had a lucky escape over the holidays after a burglary at his London home was thwarted by neighbours.
The 74 year old rents a property in the British capital's exclusive Knightsbridge, but was not home during the festive season.
Police were called to the address over the holidays after squatters in a neighbouring building spotted a man allegedly attempting to gain access to the property through the front door.
Documentary maker Mark Guard, who is making a film about the squatters who have taken up residence in the up-market neighbourhood, says: "He (the alleged burglar) broke off some shoots from a bamboo plant, then he waited until the coast was clear and spent three or four minutes poking the bamboo through the letterbox. By this stage we'd already rung the police. They sealed off the square and searched with dogs for half an hour before they arrested a man."
Jarvis Ojofietimi, 31, has been charged with burglary and is due to appear at Isleworth Crown Court later this month (Jan10).