2015 was a massive year for Wolf Alice and it looks like 2016 could be so much bigger, after finishing their current UK tour, the group will travel to America for a national headline tour. 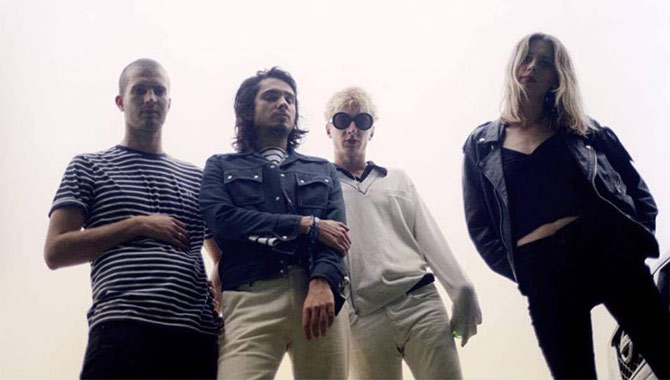 Tonight Wolf Alice are gearing up for their show and it feels like you can't fit another person in the venue! The band enters the stage with Ellie sporting a long white t-shirt dress and Dr Martins, and pulls the look off effortlessly.

We are treated to an instrumental intro which smoothly changes into 'Your Loves Whore' then, for me what is the best song on the album (somehow not made the top 40 charts!!!!), 'You're A Germ. A great build up and the the whole of Rock City began bouncing along to Ellie's standout vocal: "You ain't going to heaven (eyes wide, eyes wide)

Cause I'm dragging you down to hell (eyes wide, eyes wide)

Where's mom and dad so you can tell them (eyes wide, eyes wide)

The whole room is buzzing and things carry on with 'Bros' 'Lisbon' and '90 Mile Beach'. Having watched the band 18 months ago, there was a rawness and edginess which showed the bands potential but it wasn't quite the polished final product, now we can see how far Wolf Alice have come, as tonight they look and sound like the finished article.

With 'Swallowtail' Joel Amey takes lead on the vocals and everything calms down in readiness for mayhem of the last three tracks which Wolf Alice are about to deliver. The trio cruise through 'Fluffy' 'She' and then the fantastic 'Moaning Lisa Smile' which delivers a memorable finish. Although there isn't much interaction with the crowd it seems that no one cares because tonight everyone is solely here for the music.

The encore was immense; Wolf Alice is band that knows what is in their arsenal and more importantly how to use it. 'Turn To Dust' kicks in and every word that is sung, every chord that is played brings the packed house at Rock City to pure silence, watching every move the four make.  Next up is where we see the shoegaze side of things with 'Blush', words cannot explain the atmosphere fuelled from this, but then it all breaks out with the finale, the huge riffs on 'Giant Peach' once again see the entire venue bouncing. Wolf Alice have most certainly left their mark on the City of Nottingham tonight.