Wiz Khalifa Under Investigation For Hit And Run Incident 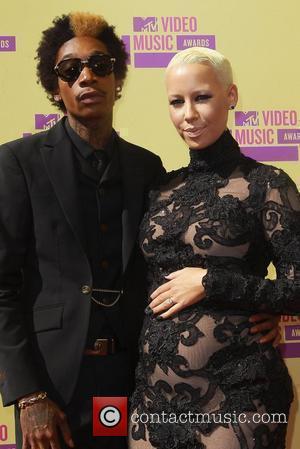 Wiz Khalifa has been implicated in a hit and run, and is under investigation according to MTV.

The Taylor Gang rapper is now under investigation for supposedly bolting the scene of a hit-and-run accident that occurred last Wednesday night in Los Angeles. What’s worse is that the other person involved may have been a temporary colleague o’ Wiz’s, as the woman in question was working on a music video shoot with him. Whoops. Wiz is getting ready to release O.N.I.F.C. – his new album - while looking forward to the new addition to his family. "I've been pretty focused my entire life, and now that I have a family, I'm just going to keep that focus, but it's going to be a family focus," he shared with MTV News.

Want to make the headlines? Do a hit and run, or so says the school of Lindsay Lohan anyway. The Mean girls star was also implicated in a ‘smash and dash’ incident recently, but in this case, she’s due to sue the man she hit… and then ran from. "She's absolutely suing," Michael Lohan told The New York Daily News Monday. "You have to put your foot down to people doing this to you. I mean, come on. This guy has a brace on but went running down the ramp after her?" Lohan is reportedly upset that the man she hit with her Porsche called her drunk.