Wiz Khalifa smokes a lot of weed before shows

Wiz Khalifa's pre-concert ritual is to ''smoke a lot of weed'' and he likes to listen to old-school music. 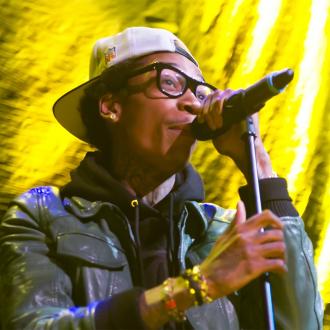 Wiz Khalifa's pre-concert ritual is to ''smoke a lot of weed''.

The rapper likes to sit and relax with plenty of marijuana before he takes to the stage, after claiming he gets the drug for free because he has his own brand.

During a chat on US talk show 'Chelsea Lately', he said: ''I listen to old-school music and smoke a lot of weed.''

Wiz previously claimed he spent about £10,000 a month on weed before going into business, although he insists he still takes his music seriously.

He explained: ''I'm really into what I do just in general. I love music. I love creating and just being around creative people.

''My team and producers and just my fans always, they're just driving me to do bigger and better things. That and my family of course.''

The star previously insisted just because he smokes weed doesn't mean he encourages anyone else to take the drug.

''I thought weed was bad for a minute. When I was younger, I thought it was bad, but I got to a point where it worked for me. It don't work for everybody else.''

He added: ''People gotta stay free, people need jobs, people got parents that probably wouldn't be with it, so don't ruin your life trying to be like me. That's my advice.''